Stay up to date and join The Inner Circle for exclusive deals and giveaways!

FREE SHIPPING ON ALL ORDERS OVER $50

on your next order + exclusive offers

Roll over image to zoom in

The Pakula Keel Rig weights will increase your hook up rate on all Skirted Trolling Lures.
In their first year several anglers who were introduced to the Keel Weights in New Zealand enjoyed 100% success using them on usually difficult to hook Striped Marlin.

The Pakula Keel Rigs were first introduced in the late 1980's. Since then we have deleoped them to a point that anglers can easily adopt the system using the Pakula Keel Rig weights and increase their hook up rates considerably using any Skirted Trolling Lures. 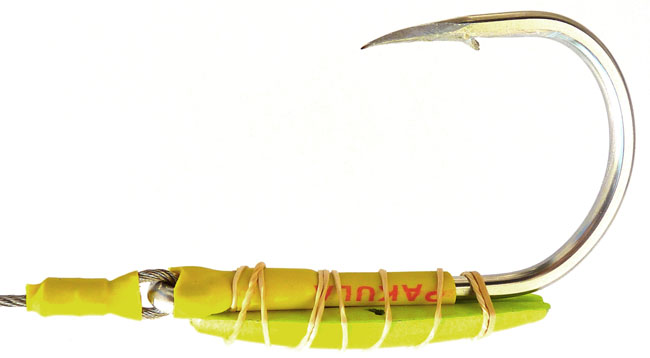 By letting the lure find it's own balance and letting the hooks find their own balance you can increase their stability. Simply done by using ball bearing swivel in the rig. This separates the balance of the lure and rig and lets them do their own thing. Of course use the best quality swivel you can get and the rating should be more than the leader you are using, twice the rating is fine. As with all other gear you use, check it for strength before you use it. Note the piece of heat shrink that reduces the possibility of the rig wire hanging on the swivel ring. The ball bearing swivel is of most use with single hook rigs.

Using the ball bearing swivel allows the lure to rotate through it's cycle while the hook point remains upright in the Hot Zone, To achieve that the hook bend and point needs to be positioned outside the lure skirt.

Shackles also allow the hooks to balance themselves. They are incredibly strong for their size, but once again check them before using them. Shackles are of most benefit using twin hook rigs.

By splitting the heat shrink on the hook eye you allow the hook to find it's own balance easily. Often stiff rigging the hook eye area results in hooks spinning and lures that have a strong head shake will fatigue the wire resulting in the hook falling off, often blamed on tooth critters or tough fighting fish.

If you want a stiff rig then using a support such as hard heat shrink with adhesive lining or thin garden irrigation tube should be used to support the rig. But....... once again you are restricting the action of the hook and the action of the lure. This may or may not be what you want to achieve.

You can adjust lures actions at slower trolling speeds by adjusting the distance of the lures from the boat, the positions on the boats pressure waves and the height the the lures are trolled ie outriggers. Note that you don't have to troll lures off the tips of outriggers. The whole length of the outrigger offers adjustments all the way from their base to their tip.

A well balanced twin hook rig ie the 60O shackle rig will out fish a standard single hook rig (of course this depends on balance) mainly because the two hooks have double the keel of a single hook.

An easy way around getting this is keel the rig. The keels are just a long barrel sinker cut in half. I use a lot of them so mold my own in normal sinker molds, just pouring lead in half a mold. I also like panting them. As you can see I prefer Chartreuse as just about evey bait fish out there has a chartreuse tail.

When using keels on rigs for fish that jump such as Marlin, Sails, Dorado the keel is attatched using a long skinny rubber band as shown below

The keel sits flat half way up the eye of the hook to stop it rotating around the hook and you use enough wraps of the rubber band to stop the keel moving. The thin strands of the rubber band will wear through very quickly after the bite and fall off so it can't be used as a pendulum to throw the hook.

Using a keel will stabilise any skirted lure rig keeping the point in the Hot Zone. The weight of keel is relevant and should be checked through observation, but pretty much half a 4oz barrel sinker ie 2oz will keel most rigs from 9/0 to 11/0.

So a final rig that is very stable and offers maximum hook up rates will look like this:

The point will remain in the hot zone and allow the lure to do whatever it was designed to do. The length of the rig is important. The keel should be outside the skirt as much as practical with just the eye and the start of the keel inside the skirt.

When using keels on twin hook rigs the keel is positioned so that it keels the angle you want to achieve. The image below shows a keel used on a 60 degree shackle rig where points are set at 30 degrees right and left, so the keel is set at an angle, not the bottom of the hook. Even though the 60 degree is one of the most stable rigs in rough choppy conditions where the water is turbulent the keel enhances the lures stability.

Check out our other great teasers below: 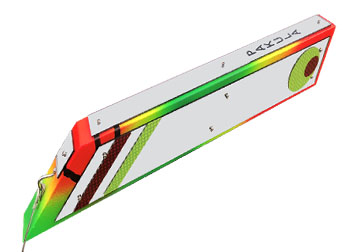 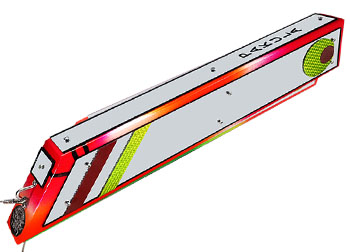 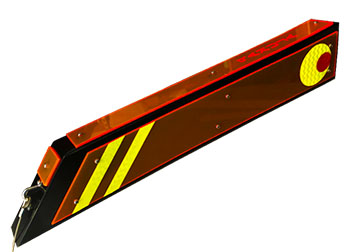 Due to OHS, returns are not permitted in this current state of emergency under any circumstances unless the goods are found to be faulty or the incorrect item has been received.

If you have received an incorrect item please contact us within 7 days to request for a return to be granted. Photo evidence will need to be provided. Once accepted, we will provide instructions on how to proceed with the return. These returns will be free of charge to the customer.

If you receive an item that has a manufacturing defect only upon arrival, please contact us within 7 days to requestion for a return to be granted.

Costs associated with the return of faulty goods will be free of charge to the customer.

If a fault is not reported to us within 7 days of receipt of item, we will not be responsible for refund or replacement of that item.